We bought appliances today and we are VERY HAPPY.  For those of you that don't know about Abt.com, you need to get acquainted stat.  Unlike the rest of our projects which we designed and were funded by the building management, they insisted on selecting and buying the appliances themselves.  Unacceptable.

I made them a deal.  If I could find a set we liked at Abt for less than they had budgeted from their supplier, we could go with our choice.

Long story short, I made out like a mob boss at Abt.  Tim, our sales associate initially laughed at the situation, but then started working his magic.  After viewing a few choices, Tim bent a few rules, and knocked the prices of a Whirlpool fridge, stove, and dishwasher down to a ridiculously good deal.  What can I say, we're a cute couple and people want to give us stuff. 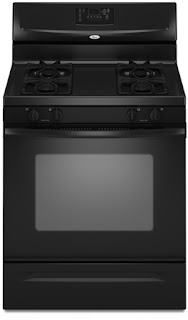 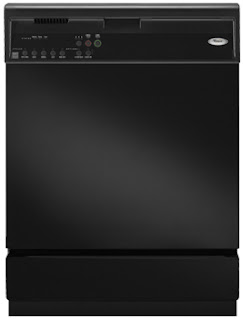 Turns out, the number was so good, that I managed to finagle a Microwave Hood in the deal from the management office.  At that point, I peed a little. 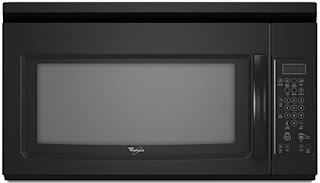 Yep, more black.  Everyone's nervous for us, but we know black is sexy.
Posted by Peter Muller at 10:19 PM

Tell us your thoughts.

Joan & Peter share the outcome of said arguments with you.